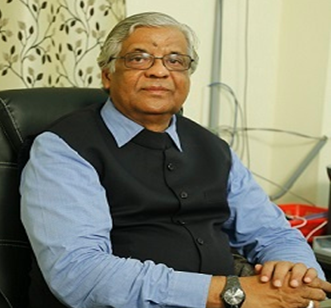 Prof. Muzaffar Ali has started his teaching career from 8th August 1977 in Mazharul Uloom College, Ambur in Tamil Nadu. Later, he joined Islamiah College, Vaniyambadi on 27-10-1977 and worked there till 23-9-1992. Mean while, he was transferred to Govt. Degree College, Krishnagiri for a period of five years under the redeployment scheme of Tamil Nadu. After serving for 15 years in Tamil Nadu he joined the Department of Urdu, Sri Venketeswara University, Tirupati on 24th September 1992, where he worked as Assistant Professor and Associate professor till 31st October 2004. His thrust of teaching has given a wonderful chance to the students of Hyderabad Central University to learn more about Poetry, Linguistics, Research Methodology and Criticism in Urdu from 1-11-2004 to 30-03-2017. Prof. Muzaffar Ali has participated in International Essay Writing Competition conducted by B.B.C., London and was certified as merit in 1986. In 2004 he has presented a paper on Freedom of thought in the Quran: With Special Reference to Quranic Metaphors in The World Conference on Religion, Freedom of Thinking and Revival of Religious Thought Conducted by IIRB, Govt. of Republic of Islam, Tehran, Iran. In 2008 he has written the script of an educational Programme “Aao Urdu Seekhein” and he himself has presented on ETv Urdu. This 76 episode serial was telecasted in 52 countries for three years. Out of 76, 59 episodes are now available on YOU TUBE. The link of youtube is

Prof. Muzaffar Ali has presented a paper on Deccani Language in Tamil Nadu in International Seminar on Deccani : A Common foundation of Urdu & Hindi organized jointly by IImi Majlis, London & Nehru Centre, London in 2008. In 2009, in Jeddah at the time of Haj he was invited to present a paper on “Good Literature” and Present Poetry jointly organized by Urdu Gulban, Jedda & Khak e Taiba trust, Jeddah. In 2012 he has presented a paper on Sufi Voice in Tamil Literature: with special reference to Kunangadi Mastan in International seminar on Sufi Voice in Indian Literature jointly organized by IImi Majlis & Nehru House, London. In 2013 he has became a member of board of studies in University of Punjab, Lahore, Pakistan. And he is also a member of Editorial board, Ghazi Research journal in Ghazi University, Islamabad, Pakistan.

Prof. Muzaffar Ali has held so many respectable Administrative Posts. In that firstly he became Head of the Department of Urdu in Sri Venkateswara University, Tirupati from July 2003 to October 2004. After that, he became the HOD of Urdu in Central University of Hyderabad from 2nd January-2004 to 30th March-2017. Earlier, he was the Coordinator of I.M.A. Urdu, Centre for Integrated Studies, and University of Hyderabad from 2005 to 2007. Prof. Muzaffar Ali has guided 16 scholars in PhD and 3 are waiting for viva voce examination and work of one research scholar is in progress. He has published approximately 40 papers and written 6 and edited 4 books. Prof. Muzaffar Ali has been honored with great awards for his services towards the field of education especially for the Urdu language. List is given below: